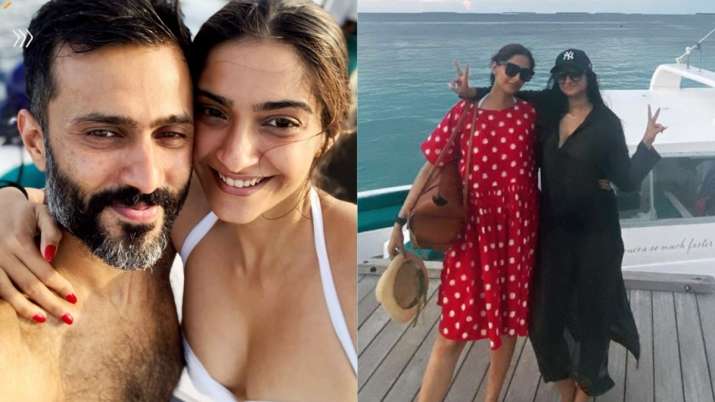 Bollywood’s beloved couple, Sonam Kapoor and Anand Ahuja, who was vacationing in the Maldives, are back in the city. The duo, who had returned earlier, was snapped at the airport on Friday evening. While it’s not known as to where they were heading, the couple was all smiles as the paparazzi clicked their photos.

Sonam and Anand were seen walking hand-in-hand and were at their absolute happiest. With their brightest smiles and trendiest outfits, Sonam and Anand made for a picture-perfect couple at the Mumbai airport.

While Anand was sporting black jeans, a black jacket, and white tee, Sonam was flaunting a white top and green floral skirt. The actress rounded off her look with black sunnies, hoops and dark brown lips.

Sonam Kapoor: We shouldn’t stick to films and film parties