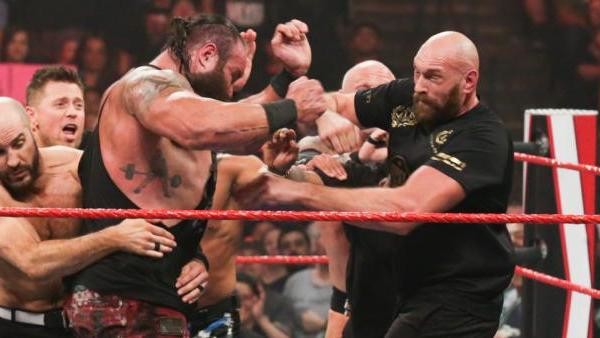 Fury was ringside on WWE Smackdown on Friday night in Los Angeles, taunted by Strowman before being restrained by security.

The Gypsy King was invited back for Monday night’s live show, trading barbs and demanding an apology from Strowman before pushing him into the ropes. Security staff swarmed into the ring to separate the two, with Fury throwing wild shots to try and clear a path to Strowman before the WWE locker room emptied to pull them apart.

The developing storyline involving Fury and Strowman teases a future match between the two heavyweights, possibly at Wrestlemania next April.