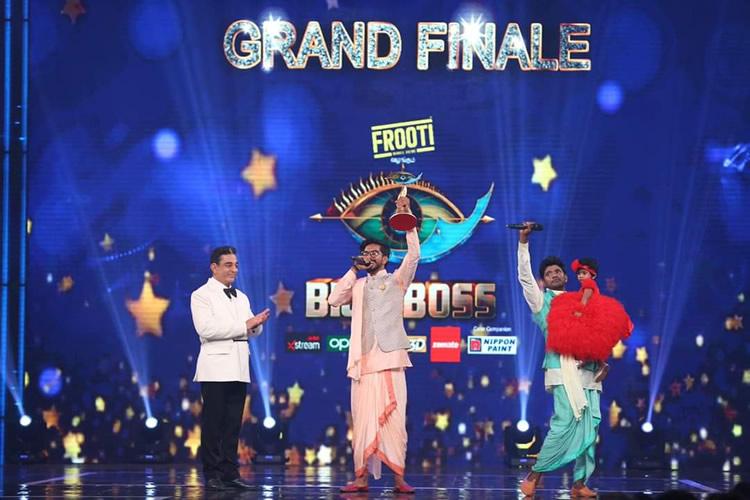 October 7, 2019 0 Comments
The winner of Bigg Boss Tamil season 3 is Mugen Rao. A popular singer, actor and composer, he defeated finalist Sandy Master to clinch the trophy of the popular show hosted by Kamal Haasan.

Minutes before announcing the winner, Kamal asked both the finalists to switch off the lights inside the Bigg Boss house and join him on the stage. A walk on the red carpet and a ride on a gold chariot later, the winner was announced. The team also said that the Bigg Boss Tamil season 3 finale alone received over 20 crore votes this year.

From among the five finalists of Bigg Boss Tamil’s current season — Mugen Rao, Sandy Master, Losliya Mariyanesan and Sherin Shringar – it was finally a fight between Mugen and Sandy. Losliya was the last to be evicted from the Bigg Boss house and her eviction was announced by host Kamal Haasan’s daughter, actor Shruti Haasan. She also met the finalists along with Kamal.