Amy Jackson posts new pic of son Andreas to brighten your Monday. We are in love 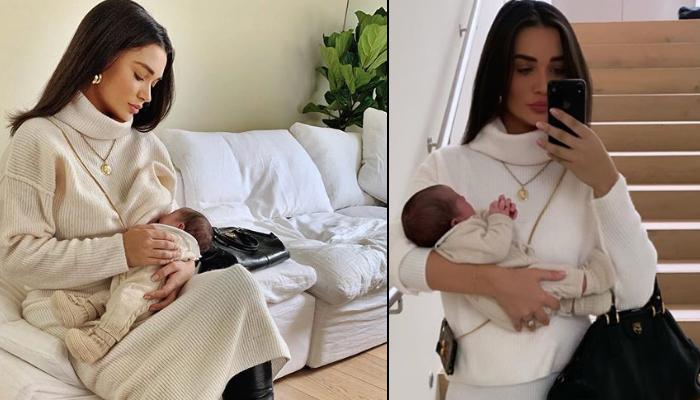 Amy Jackson and her newborn son Andreas Panayiotou are taking social media by storm with each passing day. The new mommy can’t seem to get enough of lil Andreas as she keeps sharing photos and videos of him on her Instagram.

On September 30, the 2.0 actress took to social media to reveal her son’s first-ever photo shoot and it is adorable beyond words. The lil one seems to be in deep sleep and it looks like he’s quite a poser. Sharing his photo, Amy said that it could brighten up our Monday.

She wrote, “Andreas Jax Panayiotou. Just a little something to brighten up your Monday morning! (sic)”

Amy Jackson posts new pic of son Andreas to brighten your Monday. We are in love

Celebs who welcomed their newborns

Amy Jackson’s 7-Day-Old Son, Andreas’ Baby PhotoShoot Picture Is Sure To Take Away All Your Blues