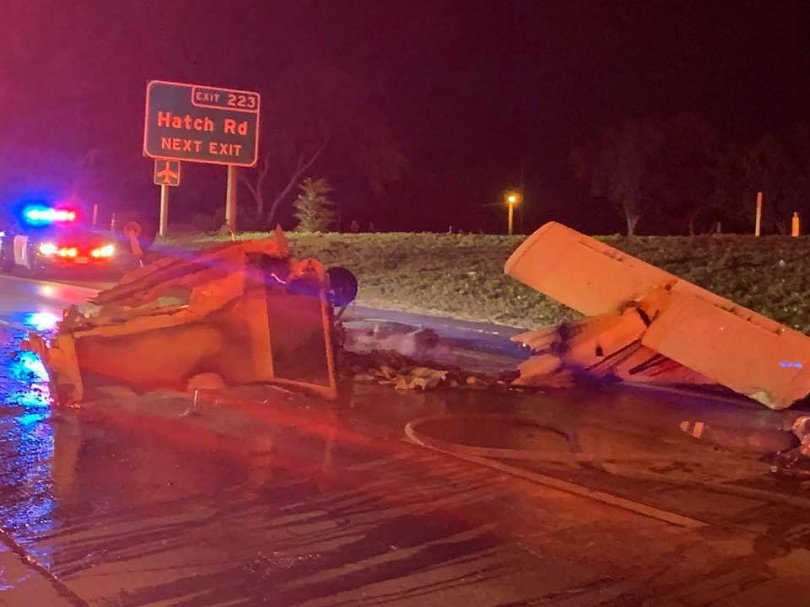 MODESTO (CBS Sacramento) — A small plane made an emergency landing on southbound Highway 99 south of the Crows Landing exit in Modesto Friday night, according to Modesto police.

Police said only the pilot, a 59-year-old man from Santa Cruz, was on board at the time. The pilot was able to walk away from the incident with very minor injuries.

The Stanislaus County Sheriff’s Department said the plane caught fire and burned up after landing.