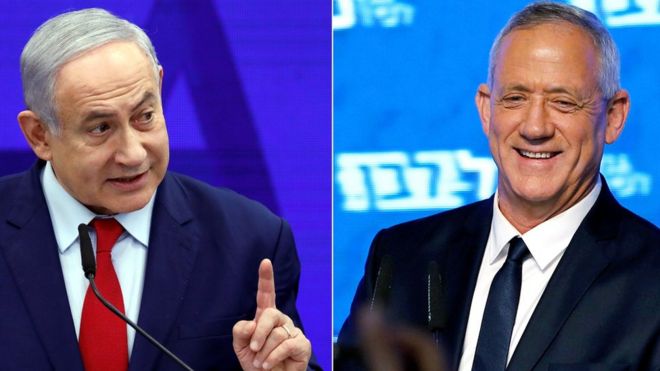 JERUSALEM — Israeli Prime Minister Benjamin Netanyahu fell short of securing a parliamentary majority with his religious and nationalist allies in national elections Tuesday, initial exit polls showed, setting the stage for a period of coalition negotiations that could threaten his political future and clear the way for him to be tried on corruption charges.

Initial results posted by Israel’s three major television stations showed challenger Benny Gantz’s centrist Blue and White party tied or with a slight lead over Netanyahu’s Likud. While the results do not guarantee that Gantz will be the next prime minister, they signaled that Netanyahu, who has led the country for over 10 years, could have trouble holding on to the job.

With Israel Election Results Too Close to Call, Netanyahu Appears in Peril

Israel’s election, and how Benjamin Netanyahu might lose, explained