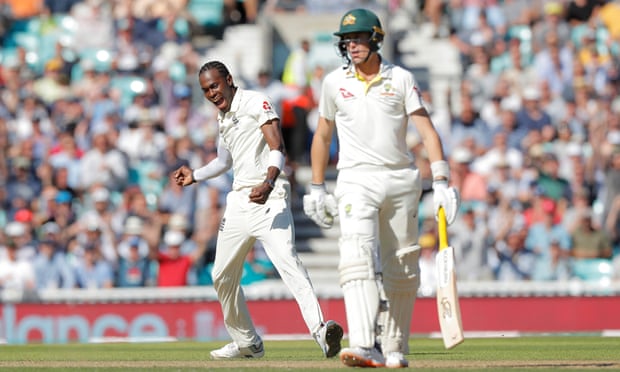 Jofra Archer took six wickets as England’s bowlers gave their side a handy lead on the second day of the final Ashes test, reducing Australia to 225 all out in reply to their own first innings score of 294 at the Oval on Friday.

England openers Rory Burns and Joe Denly added nine runs in the fading light to extend the lead to 78 runs by the close of play for the day.

Archer took his tally for the series to 22 wickets, while Sam Curran took two wickets in two balls on his way to a three-wicket haul and Chris Woakes claimed the prize scalp of Australian batting machine Steve Smith, who scored 80.