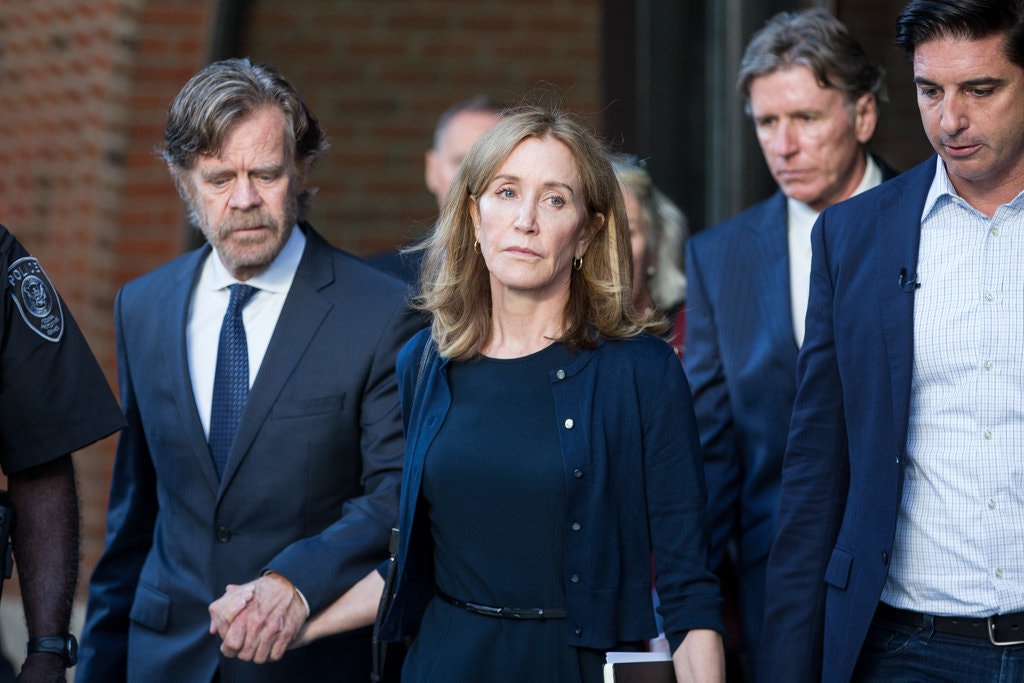 BOSTON — Facing time in prison for her role in the nation’s largest college admissions scandal, the actress Felicity Huffman grew tearful, her voice breaking as she told a courtroom that she wished she had never taken part in a scheme to inflate her daughter’s SAT score. Earlier, she sat silent and stoic as a prosecutor ticked off all the reasons probation would not be sufficient punishment.

In the end, a federal judge in Boston sentenced Ms. Huffman to 14 days in a federal prison on Friday. She was the first parent to face punishment in a case in which nearly three dozen wealthy people are accused of using lies and bribes to smooth their children’s way into prestigious colleges.

Here’s what Felicity Huffman said at her sentencing

Felicity Huffman gets 14 days in prison in college admissions scandal