Piyush Goyal says he ‘made a mistake’ on Einstein and gravity 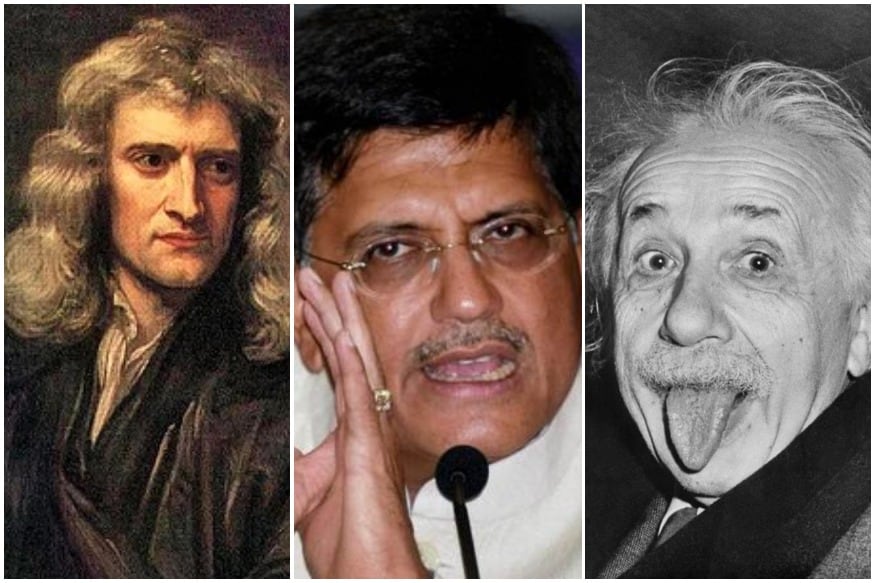 Union Minister for Railway Piyush Goyal on Friday said that he made a mistake owing to a “slip of tongue” and mentioned Albert Einstein instead of Isaac Newton referring to his statement on September 12 in a media interaction where he had said “maths never helped Einstein discover gravity.”

“We all get the opportunity to make mistakes. In fact the person whose name I took by mistake, Mr Einstein said and I quote ‘A person who never made a mistake; never tried anything new.’ I am not among those who is afraid of making a mistake,” Mr. Goyal said.

He added that as soon as he realised the mistake he clarified the context in which he made the statement and referred to the need to find new innovative ways to build a $5 trillion dollar economy in the next five years, out of which exports would account for 20% or $1 trillion.

Piyush Goyal says he ‘made a mistake’ on Einstein and gravity

Maths does not matter, India will be a $5-trillion economy: Piyush Goyal

Made a mistake, says Piyush Goyal; hits back at critics over Einstein gaffe