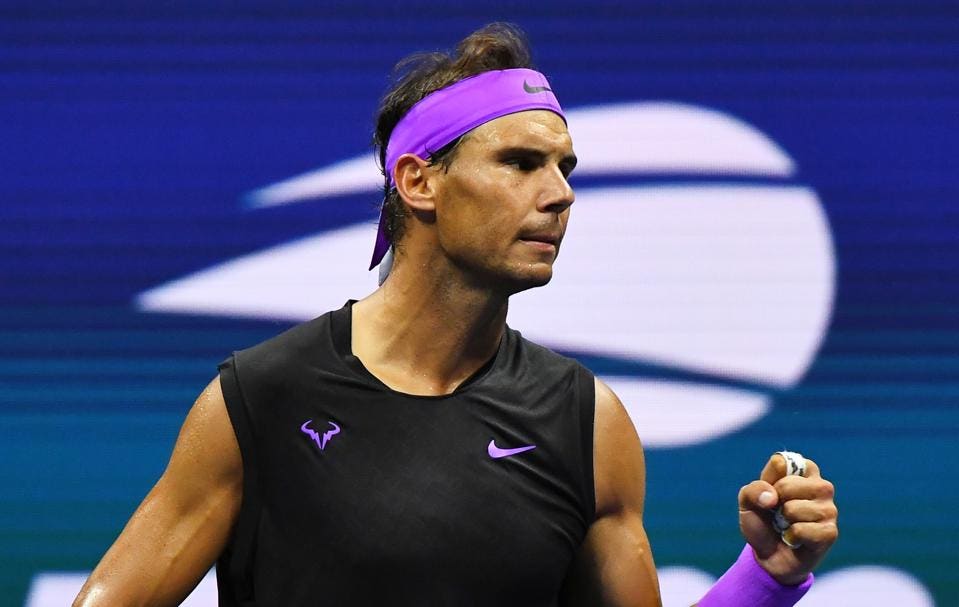 Riding a massive forehand and a first serve that regularly reached the low-130-mph range, Matteo Berrettini put a major scare into Rafael Nadal in the U.S. Open semifinals.

The 23-year-old Italian held double-set point in the first set tiebreaker and the capacity crowd in Arthur Ashe Stadium was buzzing with the possibility of a historic upset.

But No. 24-seeded Berrettini hit three straight backhands of differing varieties into the net, including one drop shot, and No. 2 Nadal pulled the set out like Houdini despite trailing 4-0 and 6-4. The crowd’s collective energy diminished and Nadal ultimately prevailed 7-6(6), 6-4, 6-1 to advance to Sunday’s U.S. Open final.

US Open: Rafael Nadal will play for his fourth US Open title after drilling Matteo Berrettini

Rafael Nadal cruises into US Open final with straight-set win