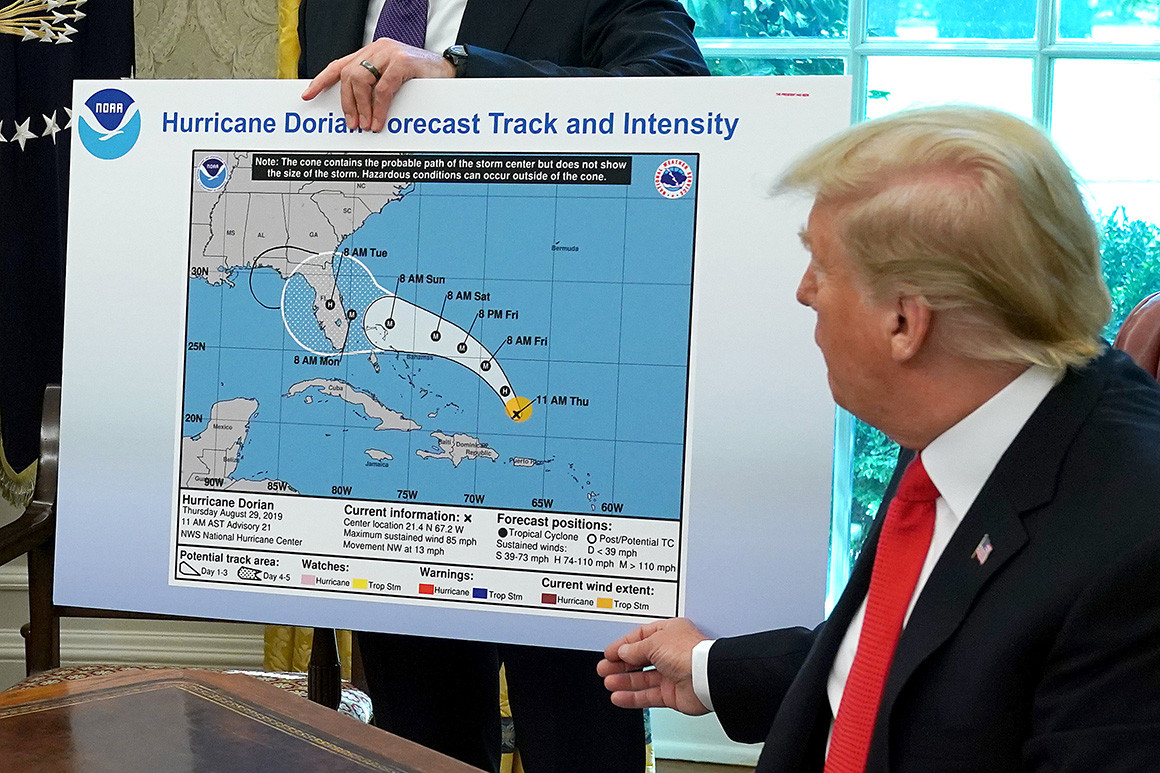 The tone of the entire Trump presidency was captured this week with the simple swipe of a black Sharpie.

An ill-timed, inaccurate but well-intentioned Twitter warning from Presidential Donald Trump at the start of the week extended into a five-day presidential feud by Thursday, transforming a forgettable fact check of his words into an epic storm of attacks as the president repeatedly doubled down and dug in.

Sharpie-gate continued: Trump doubles down on Dorian’s aim for Alabama