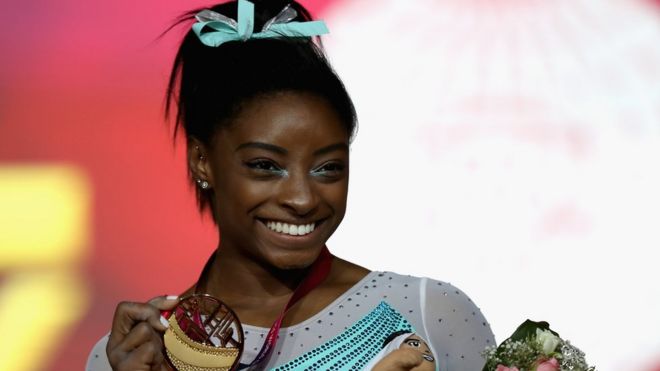 U.S. Olympic gymnast Simone Biles said Monday that she’s “having a hard time processing” the news of her brother’s arrest on triple homicide charges. Police said last week that Tevin Biles-Thomas was arrested for a shooting at a house party last New Year’s Eve that killed three people and wounded several others.

“My heart aches for everyone involved, especially for the victims and their families,” Biles tweeted Monday night. “There is nothing that I can say that will heal anyone’s pain, but I do want to express my sincere condolences to everyone affected by this terrible tragedy.”

Days after her brother was charged in a triple slaying, Simone Biles says her heart aches ‘especially for the victims’

Simone Biles on her brother’s murder charges: ‘My heart aches for everyone involved’