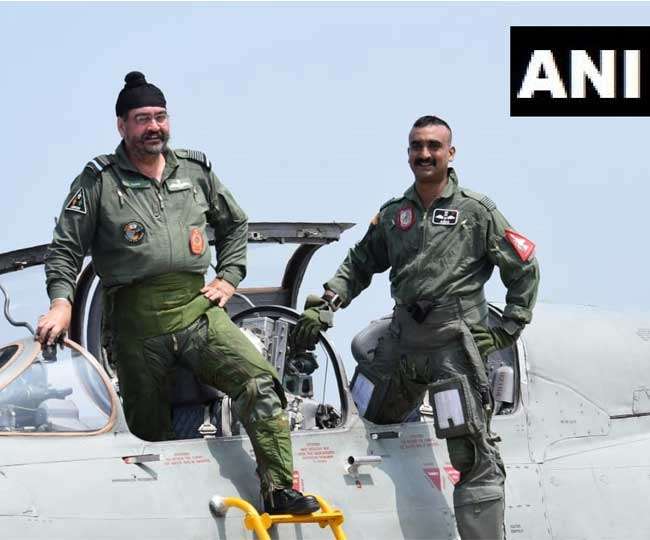 Indian Air Force chief Air Chief Marshal BS Dhanoa today flew a sortie on a MiG-21 fighter aircraft with Wing Commander Abhinandan Varthaman, who was taken prisoner by Pakistan after being shot down during a rare dogfight between Indian and Pakistani fighter jets earlier this year.

The two officers took off from the Pathankot airbase in Punjab. This is the last time IAF chief BS Dhanoa flies a fighter jet before retiring at the end of the month.

Today’s sortie marks the successful return to flying of Abhinandan, who was undergoing intense medical tests following his release from Pakistan. Abhinandan Varthaman was shot down on February 27 while responding to an offensive from the Pakistan Air Force.

Honoured to fly my last sortie with Abhinandan: Air Chief

“We Both Fought Pakistanis”: Air Chief Flies With Abhinandan Varthaman