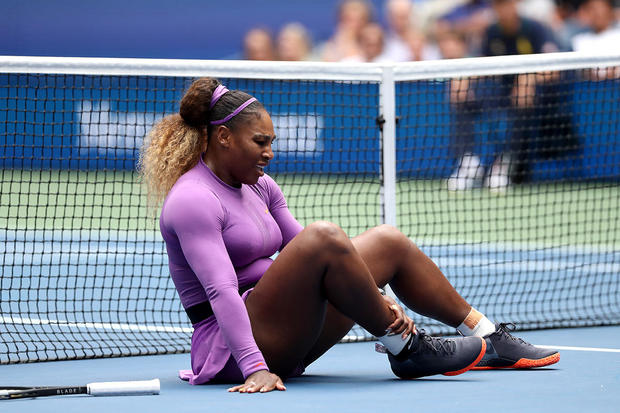 New York — Serena Williams was in pain — “acceptable” pain, her coach called it — after rolling her right ankle during the second set of a U.S. Open victory. Williams, who turns 38 this month, appeared to be cruising along to a straightforward victory when she took an awkward step while up at the net for a volley.

She tumbled to the ground and sat there, cross-legged, right in the middle of Arthur Ashe Stadium for a few moments. Williams has dealt with various health issues all season, including one that ended her stay at the Australian Open.

Serena Williams advances to US Open quarterfinals but injures her ankle

As Serena Williams eyes history at the U.S. Open, a topsy-turvy field just tries to keep up

Column: Serena Williams, back in U.S. Open quarterfinal despite injury, in a ‘different zone’

Serena Williams has found a ‘different zone’ at this US Open