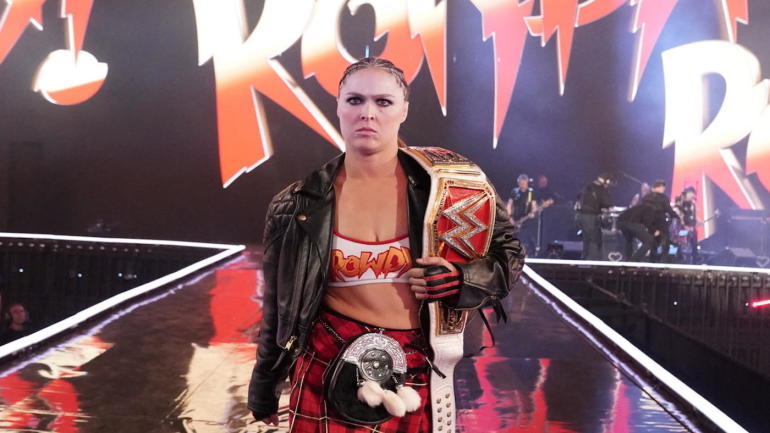 August 21, 2019 0 Comments
Ronda Rousey may not be currently competing in a UFC Octagon or a WWE ring, but that doesn’t mean she’s no longer prone to severe injury. As a matter of fact, Rousey recently sustained an injury that’s probably much worse than anything she would have been subjected to in either of those arenas. On Tuesday, Rousey shared a grotesque image (VERY NSFW) on her Instagram account of her left middle finger hanging on by a thread … literally.
The incident occurred while Rousey was filming for an upcoming episode of the Fox television show “9-1-1.” As she explained in the post, the accident stemmed from an unfortunate mishap with a boat door, and to make the whole situation even more incredible, it took the former UFC and WWE champion a little bit to even acknowledge that she, you know, was on the verge of losing one of her digits.