A Florida man fed a kinkajou. The next morning, the ‘super aggressive’ exotic creature attacked him 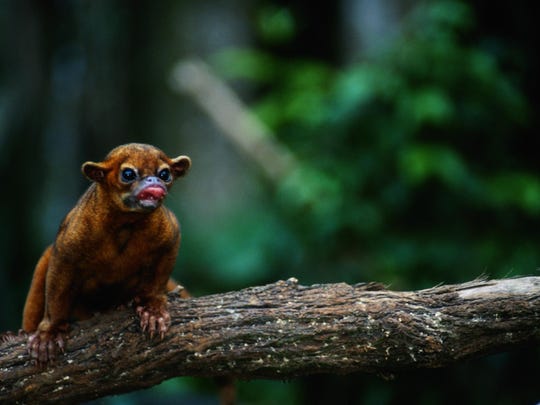 Florida wildlife officials say a man was attacked last month by a kinkajou, a small, raccoon-like animal native to Central and South America.

Michael Litersky, 37, noticed the exotic creature outside his girlfriend’s home in Lake Worth on the night before the attack and left it some watermelon, according to a report from the Florida Fish and Wildlife Conversation Commission. When he opened the door to leave for work the next day around 5:45 a.m., the kinkajou was waiting for him.

“The Kinkajou immediately attacked him, biting him on the ankles,” the report read.

The sound of Litersky’s screams woke his girlfriend, Gillian Hicks, who told the Palm Beach Post she thought someone had broken into their apartment.

“It was not a nice kinkajou, it was superaggressive,” she told the Post.

A Florida man fed a kinkajou. The next morning, the ‘super aggressive’ exotic creature attacked him

Florida man bitten, scratched by kinkajou before he traps it in bathroom