Anushka Sharma and Virat Kohli are all smiles as they pose for a picture with chefs! 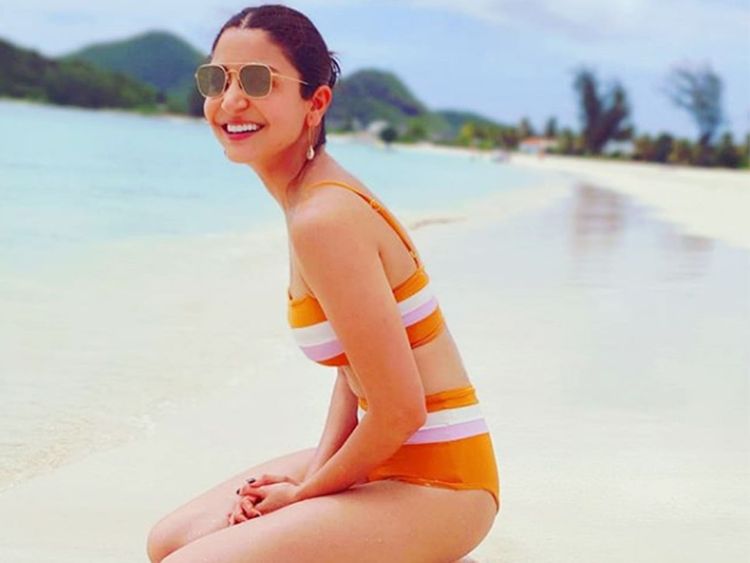 Anushka Sharma, who seems to be on a break from the movies, has been accompanying husband Virat Kohli on tours and she is currently in the West Indies, where the latter is leading India against the local team.

Only recently, the actress shared a picture of herself on social media, wherein she dressed in a swimsuit. While the hot pic slayed many hearts online, including Virat’s, meme makers were not far behind in placing Anushka’s picture in various hilarious scenarios.

Anushka’s pic, in which she is dressed in a retro look two piece orange swimsuit with white and lilac stripes that she paired with with golden sunglasses and drop earrings, invited many memes on Twitter. From drawing comparisons to VLC media player (for apparent colour similarity) to placing the pic nearby traffic cones, Anushka’s bikini picture found itself in many funny situations. Sample some memes here:

Anushka Sharma and Virat Kohli are all smiles as they pose for a picture with chefs!

Anushka Sharma’s bikini photo paved the way to some hilarious memes; Check it out

Anushka Sharma and Virat Kohli make for an adorable couple as they pose with the chefs; check it out

Anushka Sharma on a break, chills by the beach