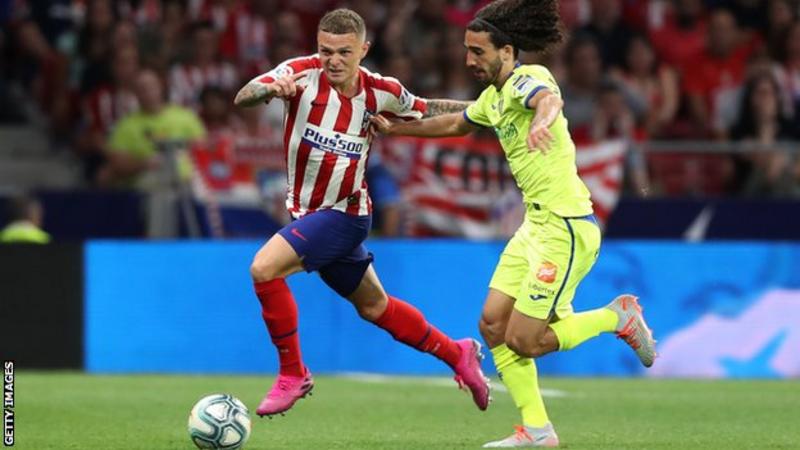 After a relentless opening 20 minutes where Atletico dominated their opponents, Alvaro Morata headed them in front from Kieran Trippier’s cross – the English debutant delivering a wonderful ball which Morata simply had to guided into the bottom corner.

Things went from bad to worse for Getafe minutes before half time when captain Jorge Molina was shown a straight red card after a VAR check. Molina was originally booked for an apparent stamp on Thomas, but was instead sent straight off after a VAR check from referee Guillermo Cuadra Fernández.