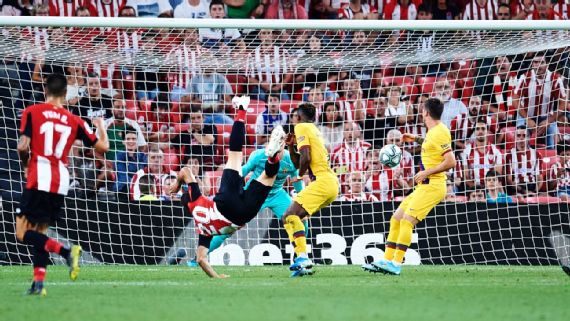 Without an injured Lionel Messi, Barcelona lost 1-0 at Athletic Bilbao in the opening match of the Spanish league season thanks to a stunning late goal from Aritz Aduriz. It was a game where Barcelona had its fair chances to get a result, but the injury bug struck again with Luis Suarez leaving the game early before Aduriz put it out of reach late with what will be the goal of the week. Here’s what to know from the match. You can watch more La Liga this weekend on fuboTV (Try for free).