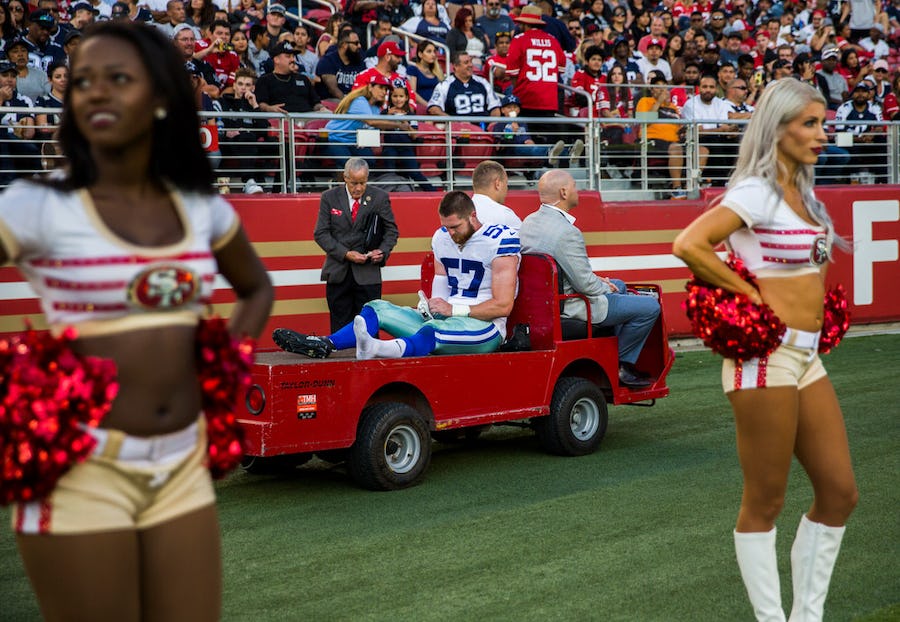 A pair of linebackers, Luke Gifford and Chris Covington, left the Cowboys preseason opener against the San Francisco 49ers with injuries.

Gifford, who had an interception in the second quarter, was carted off the field with a left ankle sprain. Covington departed after making a tackle in the third quarter but he returned. Safety George Iloka also left the game midway through the third quarter with an elbow injury.

How to watch, live stream online, listen to Cowboys-49ers