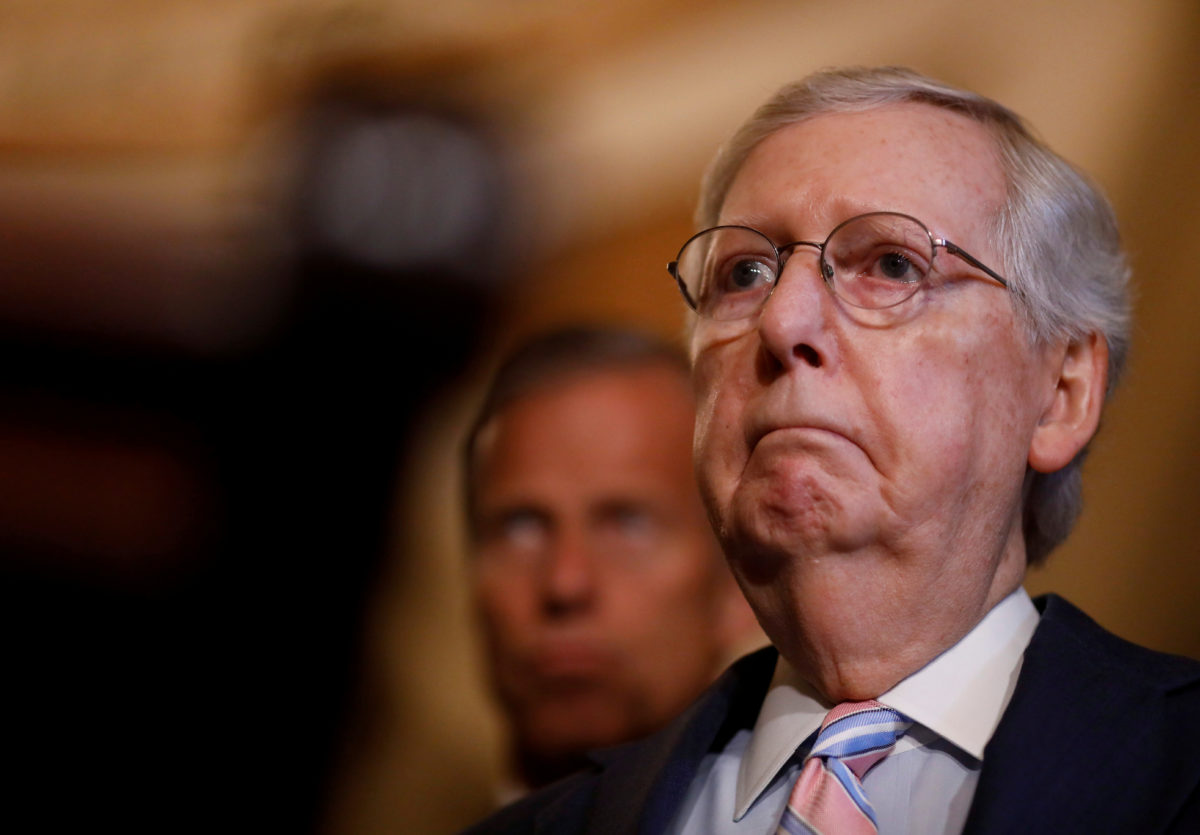 A spokesman for Mitch McConnell said the Senate majority leader tripped outside his home in Kentucky early Sunday and suffered a shoulder fracture. David Popp, a spokesman for the Kentucky Republican, said in a statement Sunday afternoon that McConnell fell on his outdoor patio, but has been treated and released after getting medical attention.

“The Leader will continue to work from home,” Popp said, adding McConnell expressed his sympathies to the people of El Paso, Texas, and Dayton, Ohio, following the recent mass shootings in those communities by contacting two Senate colleagues for those states.