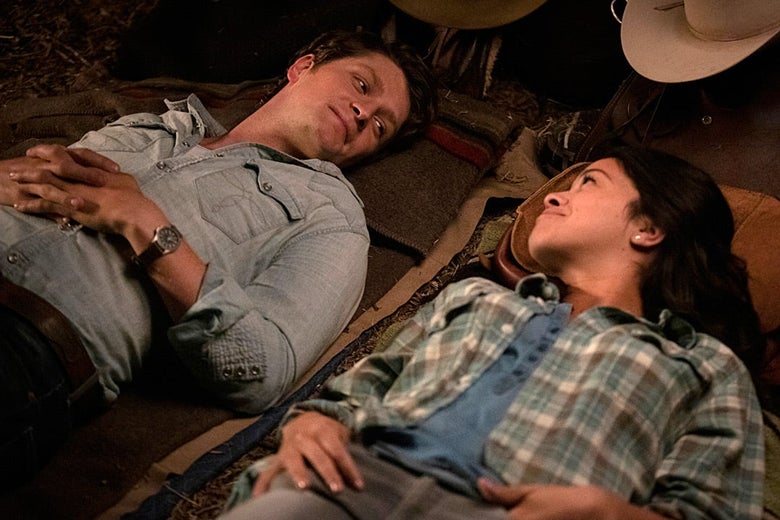 This post contains spoilers for Season 5 of Jane the Virgin.

Jane the Virgin ended on Wednesday, as it tells us telenovelas must do, with a wedding. After five seasons, Jane (Gina Rodriguez) and Rafael (Justin Baldoni) tied the knot in front of their family and friends, a heartfelt ending to a heartfelt show that has followed them from an accidental artificial insemination to co-parenting a son now capable of reading on his own. But there’s a frustrating tangle to this happy union that cheapens it ever so slightly: a storyline earlier in the season that resurrected Jane’s presumed-dead first husband, Michael (Brett Dier).

‘Jane the Virgin’ got the heartfelt ending it deserved

Jane the Virgin Was a Fantasy, That’s Why It Felt So Real

Jane the Virgin’s Impact On American Viewers and Latinx Storytelling

Fans are freaking out over the ‘Jane the Virgin’ narrator reveal