Tension grips Kashmir over possible scrapping of Article 35 A 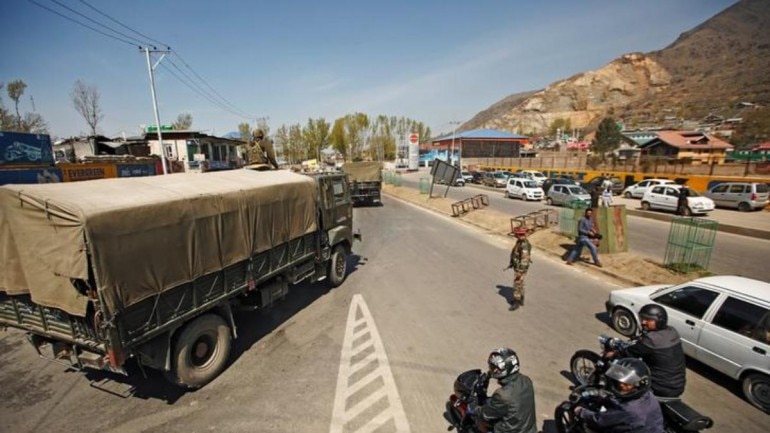 Uncertainty has gripped Kashmir after Minister of Home Affairs of India (MHA) ordered to send in 10,000 paramilitary personnel, ostensibly, for ‘counter insurgency’ and for maintaining ‘law and order’ in the Valley.

The sense is that a ground is being prepared for arresting a fallout after possible scrapping of Article 35 A which gives the special status to state subject.

A day after National Security Advisor (NSA) Ajit Doval returned from a visit to the Valley, speculations were rife that the Centre has decided to move 10,000 additional paramilitary troops. During Ajit Doval’s three-day tour, he had held detailed discussions with senior officers of the state administration, police, paramilitary forces, Army, state and central intelligence agencies.

Tension grips Kashmir over possible scrapping of Article 35 A

‘Matter sub-judice, no plans to scrap Article 35A as of now’

Centre all set to abrogate Article 35A in J&K, will move 10k additional paramilitary troops there: Sources