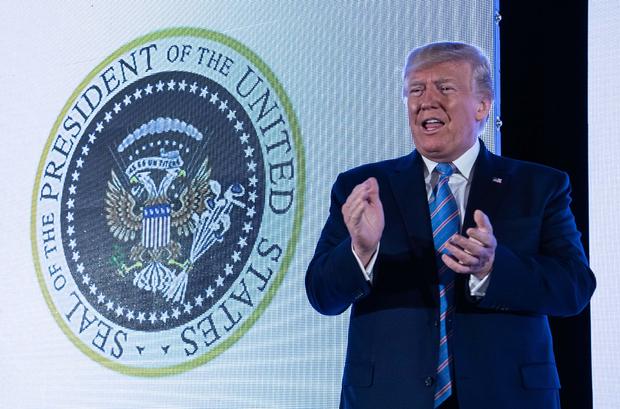 WASHINGTON – Speaking on Tuesday at a student activist conference hosted by the conservative advocacy organization Turning Point USA, President Donald Trump walked onstage in front of a presidential seal that, upon closer examination, appears to have been altered to include symbols representing Russia and golf.

The Washington Post first reported on the altered seal. As Trump walked onstage to a cheering audience, two presidential seals flashed on screen. The seal directly behind Trump was the authentic presidential seal. One of the seals, however, was not like the others.

Donald Trump Stood In Front Of A Fake Presidential Seal. Here’s The Man Who Made It.

How Trump Ended Up Onstage With a Fake Presidential Seal