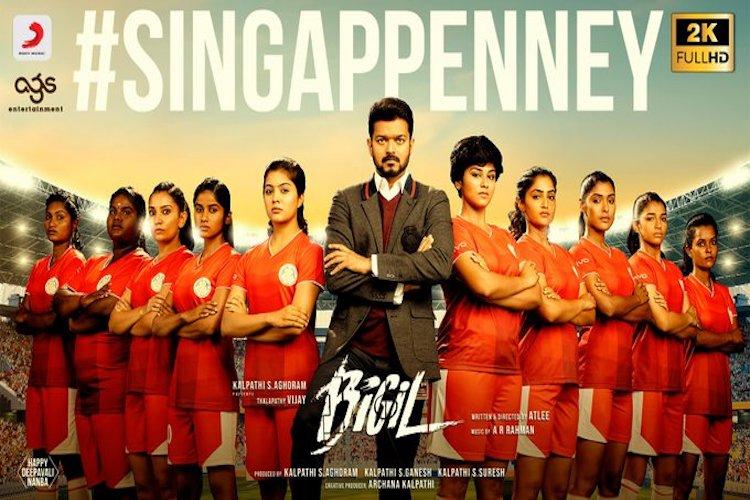 The makers of Bigil, who had released the first look the film on Vijay’s birthday on June 22, have now released the first single ‘Singappenney’ which has been sung by AR Rahman himself. Reports suggest the song is a tribute from the film’s crew to women and has been penned by Vivek, who also wrote the hit song Aalaporaan Tamizhan from Vijay-Atlee’s previous collaboration Mersal.

While not much is known about Bigil, it will be a sports drama and Vijay is speculated to play a dual role in the film that of a father and a son with one among them will be essaying the role of a football player or coach.

Bigil’s Singappenney out: Vijay song is an inspiring and motivational number

Watch: ‘Singappenney’ from Vijay’s ‘Bigil’ out, dedicated to women