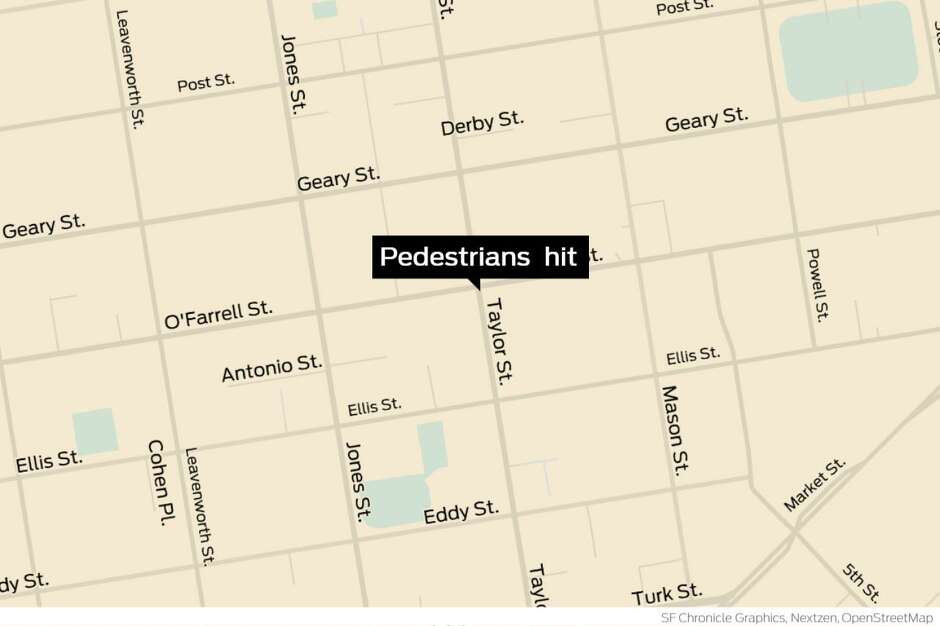 A speeding car bounced off a vehicle and slammed into a couple, killing a man and critically injuring his wife Sunday in the Tenderloin district of San Francisco, police reported.

Officers responded to the intersection of Taylor and O’Farrell streets at 2:08 p.m. and found the two victims, who were taken to a hospital in life-threatening condition, according to the San Francisco Police Department.

Reports: Husband killed, wife hurt after being hit by Tesla in SF