Chandrayaan-2 launches, carrying a dream of placing a rover on the Moon 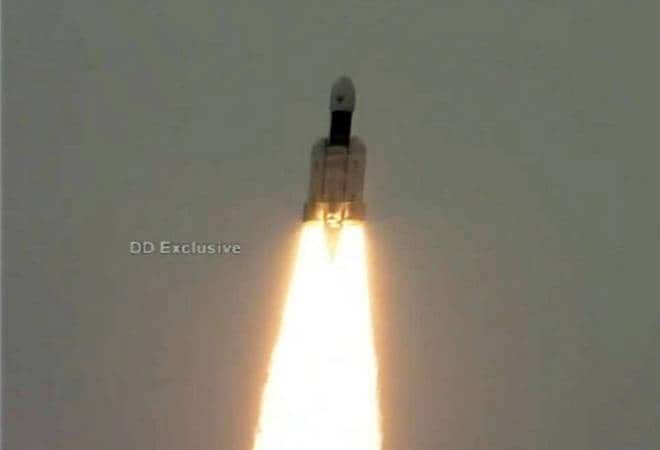 Chandrayaan 2 Launch Live: A week after the Chandrayaan-2 lift-off was aborted due to a technical snag, Indian Space Research Organisation (ISRO) launched India’s second mission to the Moon at 2.43 pm today (July 22). The Chandrayaan-2, which will go the Moon’s south-polar region, aims to explore its surface for the signs of water and possibly new origins of energy. The Rs 978-crore Moon mission was launched from the second launch-pad at the Satish Dhawan Space Centre, Sriharikota, in Andhra Pradesh. India’s second Moon odyssey comes 11 years after ISRO’s successful first lunar mission Chandrayaan 1, which had created history by creating as many as 3,400 orbits around Moon.

Chandrayaan-2 launches, carrying a dream of placing a rover on the Moon

Chandrayaan-2 Live Online Streaming, When, Where and How to watch on Mobile, PC

Chandrayaan-2 Launch LIVE: We Have Lift-off! ISRO Over the Moon as Lunar Probe Roars Into Space